Colour me confused, or even unsophisticated. I was thrilled when JWR won her seat as an independent. She is now dedicated to serve the best interests of her riding's constituents.

But where I get lost in the weeds is her decision as regards the Green Party leadership -- May practically offered it to her and yet she's not interested. I would have thought that if anyone could propel the Greens forward in a highly substantive way, it was JWR.

So, in her heart, it's fair to surmise that she's still a Liberal. One can only assume that the Liberal leadership is still on her radar. JWR must be much smarter than yours truly if she still clearly sees a path to party leadership. I hope that's right -- cause she would make a great party leader and likely prime minister.

But the LPC is a party that while in government has made what should have been government-ending mistakes -- but voters thought otherwise. And as a democrat, that's fine.

It's clear that this country, one way or another, needs JWR in office. I hope to see that day come, sooner rather than later. But where I worry is when I try to interpret her present political strategy. It would be a crying shame if her efforts produced nothing at all in the way of a leadership win.

Hopefully, JWR knows something I don't. Cause right now, I can't see the path to ultimate victory for this country. JWR is the ideal person to correct the grievous judgement errors made by the present incumbent in the prime ministerial chair.

Make no mistake, Justin Trudeau is still the same guy that won the election.

How can he be otherwise without concrete proof that his policies have actually changed? And there's the rub right there.

You see, Trudeau has absolutely no intention of reversing course on anything: not SNC, not Indigenous education financing, not anything else.

I'm as sure of that as I am of my own name. I know Justin better than he knows himself -- his talk is bullshit. What counts are his actions going forward.

So wait for his and his staff's testimony on SNC. Wait for a reconciliation with JWR and JP. Wait for cooperation and acknowledgement of error with JWR. Wait for his new sunny ways by naming JP to the Senate. Wait, wait, wait, cause none of that is happening. You read it here first. Believe me, Justin Trudeau hasn't actually changed one iota.
Posted by Ronald O'Dowd at 19:27 No comments:

I really don't give a damn what the CPC does with Scheer cause that ship sailed away from me in 2009. That's when I took out a Liberal membership.

But I have to remain philosophically consistent: you know what I thought of Harper in the good old days. You know what I think of Trudeau now. So, I would be disingenuous, at best, if I didn't weigh in on Scheer.

I'm not God so Scheer could still win despite my better judgement. Heaven knows I was absolutely on target about this past election. NOT.

But in the final analysis, the CPC has a choice: they can make excuses to stick with Scheer or find someone who will at least be seriously competitive against Trudeau and his or her name is not Scheer.

My first choice would be Ambrose. Who's yours?

Sometimes, you have to go against the grain to win politically. In other words, you've got to give until it hurts. Forget your precious pride and inflated ego.

A case in point: JP. Trudeau could offer her an independent Senate seat that would be a win-win for both of them.

In politics, action always speaks louder than words: Trudeau could actually do himself some good by taking the plunge.

He would get to telegraph a subtle message of political repentance and a tacit admission of error.

Funny how no one in his PMO has had this idea, cause it's a natural.

But then again, you all know what I already think of Trudeau's so-called brain trust, Broadhurst excepted.
Posted by Ronald O'Dowd at 19:03 No comments:

What's The Key To Impeachment? 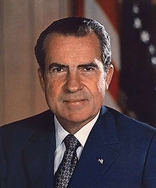 “Always remember, others may hate you, but those who hate you don't win unless you hate them, and then you destroy yourself.”

It doesn't matter one whit if impeachment cleared the House on a party-line basis. (Who expected otherwise?)

What counts is the body of evidence and testimony. That has to turn the tide, or else...

Pelosi delayed this for as long as possible and then had no choice but to cave to reality. The votes that matter in the House will be on Impeachment Articles. That's when the rubber truly hits the road. It's important to get that on the record.

Sure, impeachment will probably pass the House and is likely DOA in the Senate as senators are not inclined to convict. So, Trump will serve out his term -- unless mental, physical or cognitive impairment makes that impossible.

From a very narrow political perspective, impeachment is a complete waste of time as regards possible conviction. But it's an absolute necessity, as a referendum, on this President's conduct while in office.
Posted by Ronald O'Dowd at 16:36 No comments:

This election brought me down a few pegs -- it's really true you're only as good as your last prediction. So what if I called Trudeau last time and Trump -- I blew it big time in 2019.

Indulge me, please. I never thought Trudeau would hold onto so many seats in Ontario and expected Singh to clean up in BC as a progressive clock. What this election taught me is that BC is a lot more Conservative than I realized when you take out Vancouver and Vancouver Island.

So, here goes the latest blog and W-E-L-C-O-M-E. As usual, I'll be extremely grateful for every reader not to mention your input, if you choose to go that way.

Happy Days to all of you individually in politics.
Posted by Ronald O'Dowd at 15:57 No comments: